WHAT IS ASHTANGA YOGA 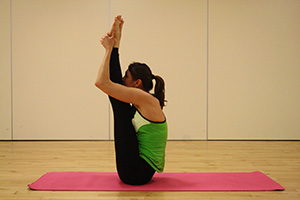 Ashtanga yoga is a system of yoga transmitted to the modern world by Sri K. Pattabhi Jois (1915-2009). This method of yoga involves synchronising the breath with a progressive series of postures - a process producing intense internal heat and a profuse, purifying sweat that detoxifies muscles and organs. The result is improved circulation, a light and strong body, and a calm mind. 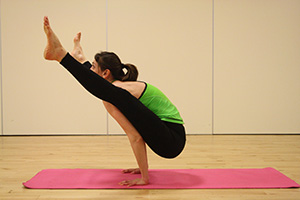 K. Pattabhi Jois (1915-2009) began his yoga studies with Krishnamacharaya in Mysore, India at the age of 12. He became the leading practitioner and teacher of Ashtanga yoga. In 1958, he published his treatise on Ashtanga yoga, Yoga Mala. His first western students began to arrive in Mysore in the early 1970s. Through them, Ashtanga spread westward and profoundly influenced the way yoga is practiced today. 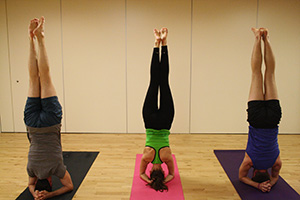 The Ashtanga method uses Vinyasa Yoga system (breath coordinated movement) using ujjayi pranayama (victorious breath), mula bandha (root energy lock), uddiyana bandha (lower abdominal lock), and drishti (focal point). There are many postures, each leading into another in a precise order, through which a student progresses at his or her own pace. This vigorous, athletic style of practice is extremely popular and appeals to those who like a sense of order and who like to do things independently.

Yaz has been regulary practising yoga since 2001. Over the years, she has studied Ashtanga yoga, the style on which she bases her teaching. When teaching Ashtanga, Yaz is particularly focused on precision and alignment of the postures, helping students achieve most benefits from their personal practice at their own pace. She is a registered member of Yoga Alliance UK & Ireland and holds Yoga Teacher Associate Level 2 certification. 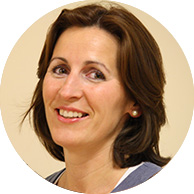 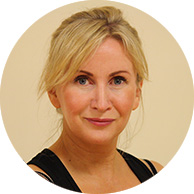 Yaz is a highly professional yoga teacher who motivates & encourages each of her clients to progress at their own pace. Under her guidance, I feel like I am making progress each week and appreciate her non-judgemental pointers which help me to correct, re-adjust & deepen certain positions as required. The additional breathing & relaxation techniques included in every class also ensure that I finish each session feeling both reinvigorated & relaxed. 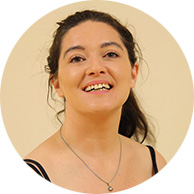 Yaz is a really supportive instructor, really kind and matches her encouragement to your ability. A very enjoyable class with a great atmosphere, where you can work at the pace that suits you.